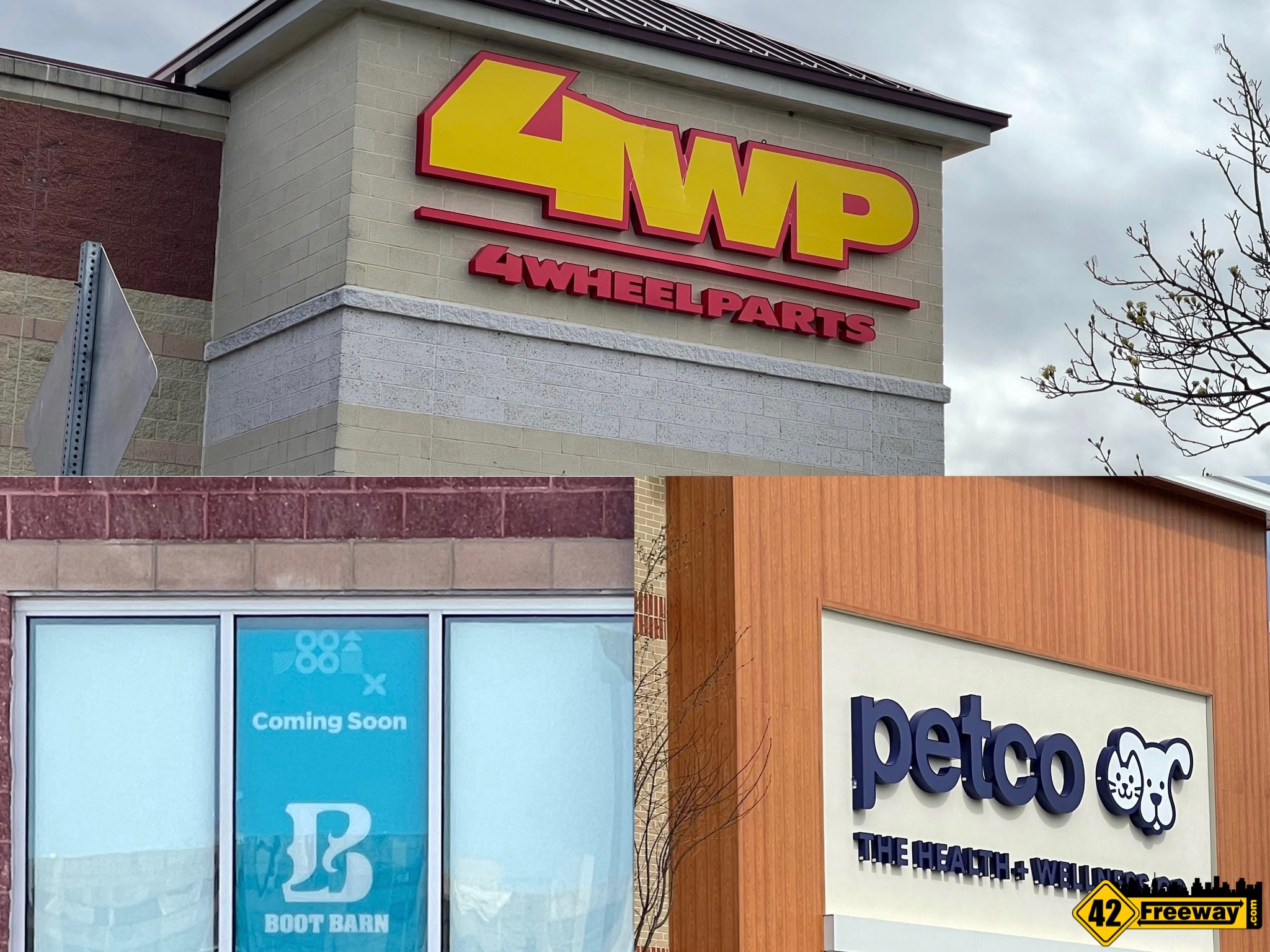 Cherry Hill’s Garden State Pavilions shopping center on Route 70 has several tenant changes planned over the next few months, with 4 Wheel Parts and Boot Barn under development, and Petco will be moving to neighboring Garden State Park.

This is in addition to the Chick-fil-A coming to the Garden State Pavilions approved last fall for the front pad location, home to a former Friendly’s restaurant. The existing Chick-fil-A location in the adjacent Garden State Park complex will close once the new business is developed.

So, in case you haven’t noticed… the two competing malls are swapping 2 stores.

There was no word on whether future draft picks were involved in that trade! 🙂

Let’s count down the stories!

A NOTICE : Like our page for the latest retail news in Cherry Hill, The Haddons, Mt Laurel, Marlton and more!

We’re starting the 4 wheel parts store as they’ve already put up their signage at their very prominent “can see it from my car on route 70” location at the mall.

If you haven’t been interested in 4 wheel vehicles, you might not know that this is a big deal…but 4 Wheel Parts is a global leader in truck, jeep, SUV and off-road performance parts with over 100 locations!

They maintain the largest inventory of off-road tires, wheels, suspension products and accessories in the country!

And the Cherry Hill appears to be their first location in New Jersey… and actually the Philadelphia metro area because from what we can see the closest location is Carlisle PA.

They are hiring for this location in Cherry Hill, so give them a “Google”!

As mentioned, they occupy a prominent spot in the Garden State Pavilions Shopping Center and take the very first store at the end closest to Rt 70 which originally housed the Old Country Buffet!

While we don’t have an exact opening date as you can see is the signage they do have the location page on their website and a location facebook page.

Boot Barn is a lifestyle retail chain focused on western and work-related footwear, apparel and accessories for men, women and children.

Cherry Hill’s new store will be located in the second building at Rt 70, on the site of a previous model store.

From what we can see on their location map, Cherry Hill appears to be the first location for Boot Barn in New Jersey and will be the closest location to Philadelphia.

42Freeway had known Boot Barn was coming to the Garden State Pavilions for months, but we hadn’t posted anything at the time as we wanted to pinpoint the exact location of the store.

That being said, since they posted What Now Philly at this location last month and in their article they say the store plans to open in late May.

The What Now Philly piece also says more deals are in the works in the area, including Melville, NJ and Harrisburg, PA. Their second Delaware store will open in Dover at the end of July.

Cherry Hill is also home to a recently opened Duluth Trading Company store, which also sells western-style outdoor clothing. You are in the adjacent Garden State Park shopping center near Costco and Wegmans

As early as late 2021, a new Chick-Fil-A site was approved for the Garden State Pavilions on the site where a closed friendly is currently located.

The plan would be to demolish the Friendly’s building and build a new Chick-fil-A with two drive-thru lanes.

42Freeway was aware of the planning committee meeting at the time but was unable to report on it at the time. Fear not because 70and73.com has a history of approval.

In the event of a change of tenants, this new Chick-Fil-A will replace the existing store, located at the neighboring Garden State Park mall.

With all the exciting news about new businesses coming to the Garden State Pavilions, there’s sad news, as Petco will be leaving them… and making a new home just a few 100 feet away in the Garden State Park complex near Costco will .

Store staff tell us they are targeting a June opening at the new location…which is 100% new construction.

Coincidentally, the new Petco location will be in the same building as Duluth Trading we just mentioned, right next to them.

I think everyone knows what Petco is, but for posterity, let’s say this… Petco is an American pet retailer that offers pet food, products, supplies, and services… and even some small animals.