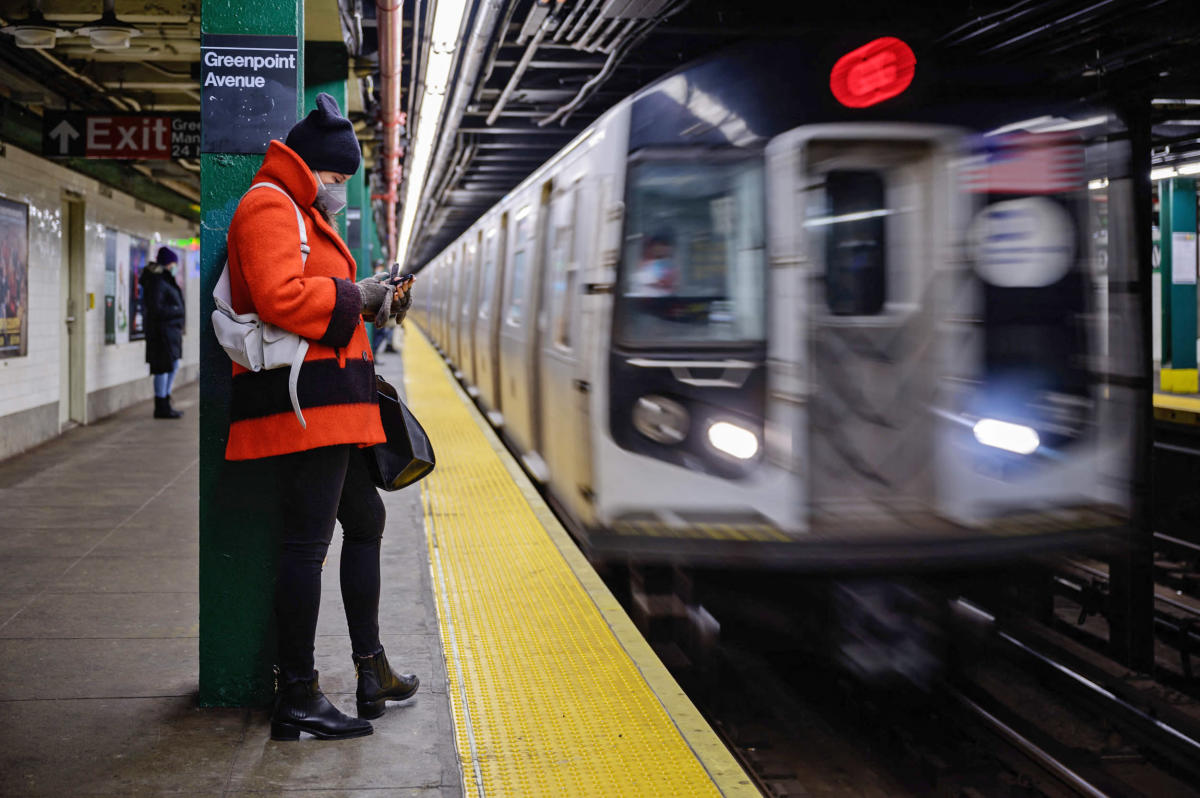 The start of a new year has done little to curb the crippling effects of the pandemic on U.S. public transportation systems as they struggle against reduced services, Covid-related staff shortages, and plummeting passenger numbers.

Cities like Portland, Oregon, Atlanta, and Washington, DC, are cutting down on local traffic as their employees contract the coronavirus and are unable to work.

In Portland, Oregon’s Tri-County Metropolitan Transportation District, known as TriMet, plans to cut bus traffic by nearly 10 percent starting Sunday as it grapples with the biggest staff shortage in history.

Officials confirmed on their website that they would reduce 20 of their 84 bus routes to “ensure reliability while TriMet works to build bus operations during a national labor shortage”.

The Washington Metropolitan Area Transit Authority said it will reduce its weekday bus traffic to a weekend schedule starting next week to ensure customers who rely on Metrobus, Metrorail and MetroAccess for transportation have a more reliable schedule, “said CEO Paul Wiedefeld in a statement.

“Metro workers live in some of the neighborhoods hardest hit by the pandemic and are exposed to the surge in the region and across the country,” he said.

In the south, the Metropolitan Atlanta Rapid Transit Authority announced on Twitter this week that select trains could be canceled due to staff shortages and advised customers to allow extra time for their journeys.

Earlier this week, the United States exceeded 1 million new coronavirus cases in a single day, and cities are grappling with public transport staff shortages in a variety of ways.

The effects of Covid-19 have put a heavy strain on the travel industry and mass transit since the U.S. first shut down almost two years ago.

In the Midwest, the Chicago Transit Authority has no plans to cut service, but officials did acknowledge the occasional challenge of getting all bus and train routes available on certain days when many employees call in sick, which can result in longer waiting times.

But not every US city experiences such setbacks. Traffic officials in Des Moines, Iowa said they are not cutting down on service and that the public bus system is at full or near full with 111 full-time bus drivers.

â€œThe driver base is rising again. It hasn’t fully recovered, but it’s slowly coming back up, â€said Erin Hockman, spokeswoman for the Des Moines Regional Transit Authority. “We had a hiring surge in the fall.”

Passenger numbers in large and medium-sized cities like New York, Philadelphia and Cincinnati remain below pre-pandemic levels as their transportation systems continue to suffer from staff shortages.

Earlier this year, about 3.2 million passengers rode the subways on an average weekday in New York City, compared to 5.5 million before the pandemic, said Craig Cipriano, interim president of the New York City Transit Authority.

About 1.3 million people rode buses each day, compared to 2.1 million before the pandemic, he said.

Cipriano said the number of train attendants and bus drivers calling in sick has fluctuated with increases in Covid, but that has not affected overall service.

In Washington, DC, 172 of Metro’s 2,329 employees were down due to Covid on Tuesday, transit officials said, and rail and bus rider numbers hovered between 66,000 and 113,000 this week as two snowstorms hit the east.

In Cincinnati, where the bus system is typically operated by 500 employees, between 50 and 70 bus drivers a day are down due to Covid-related illness, attrition and industry abandonment, traffic officials said.

“We have been struggling with this since the beginning of the pandemic, as either employees have dropped out after a positive Covid test or employees are being extended,” said Brandy Jones, spokeswoman for the Southwest Ohio Regional Transit Authority.

The agency will rely on incentives to hire new and nontraditional employees, including an hourly wage increase from $ 16 to $ 19.55 an hour, a $ 2,000 bonus, and payment for training.

In Oregon, TriMet said it doesn’t have enough applicants to meet its hiring goals and is betting on hiring more bus companies by increasing the starting wage to $ 21.36 an hour and offering a sign-up bonus of $ 2,500.