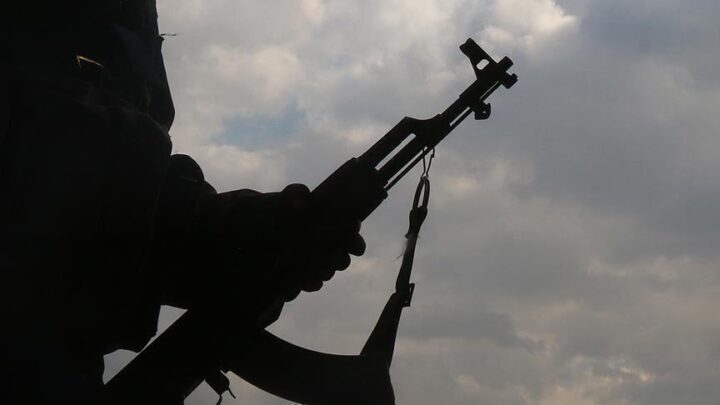 Saheed Lawal, a point of sale (POS) terminal operator in the Bako area of â€‹â€‹Ibadan, has been killed by armed men.

Lawal was killed on Friday night shortly after he returned home.

Bako is a suburb of the city of Ibadan and is near Omi-Adio on the Ibadan-Abeokuta expressway.

Local residents told TheCable that around 7:30 p.m., three armed men stormed Lawal’s house and shot him in the chest at close range.

A local community leader who preferred anonymity said the killers came on a motorcycle.

Lawal was killed after returning home from a nearby mosque.

“The deceased, around 40 years old, was shot dead at close range in his home a few minutes after he returned from the mosque,” the community leader told TheCable.

â€œLawal was a POS operator in the community and financial secretary for the region’s landlords’ association. The alleged robbers were three, they came on a motorcycle.

â€œTwo of them stood near the deceased’s home while one of them knocked on his front door. When Lawal opened the door, the robber opened fire on his chest at close range. “

The source added that the killers also met the victim’s wife, who pleaded with them not to kill his husband.

â€œThe woman did not know that her husband was killed, she begged her not to kill him. They asked for money and she gave them what she had. When the robbers left, she saw her husband in a pool of blood, â€he added.

According to eyewitnesses, two of the killers escaped on the motorcycle that brought them – while the other, who was stranded, chased away residents with gunfire and escaped through a nearby bush.

Local residents said the incident was reported at the Omi-Adio police station.

Adewale Osifeso, the public relations officer for the Oyo State Police Department, did not respond to a call and text message sent to his cell phone line.

Will sports betting encourage addiction? You can bet on it