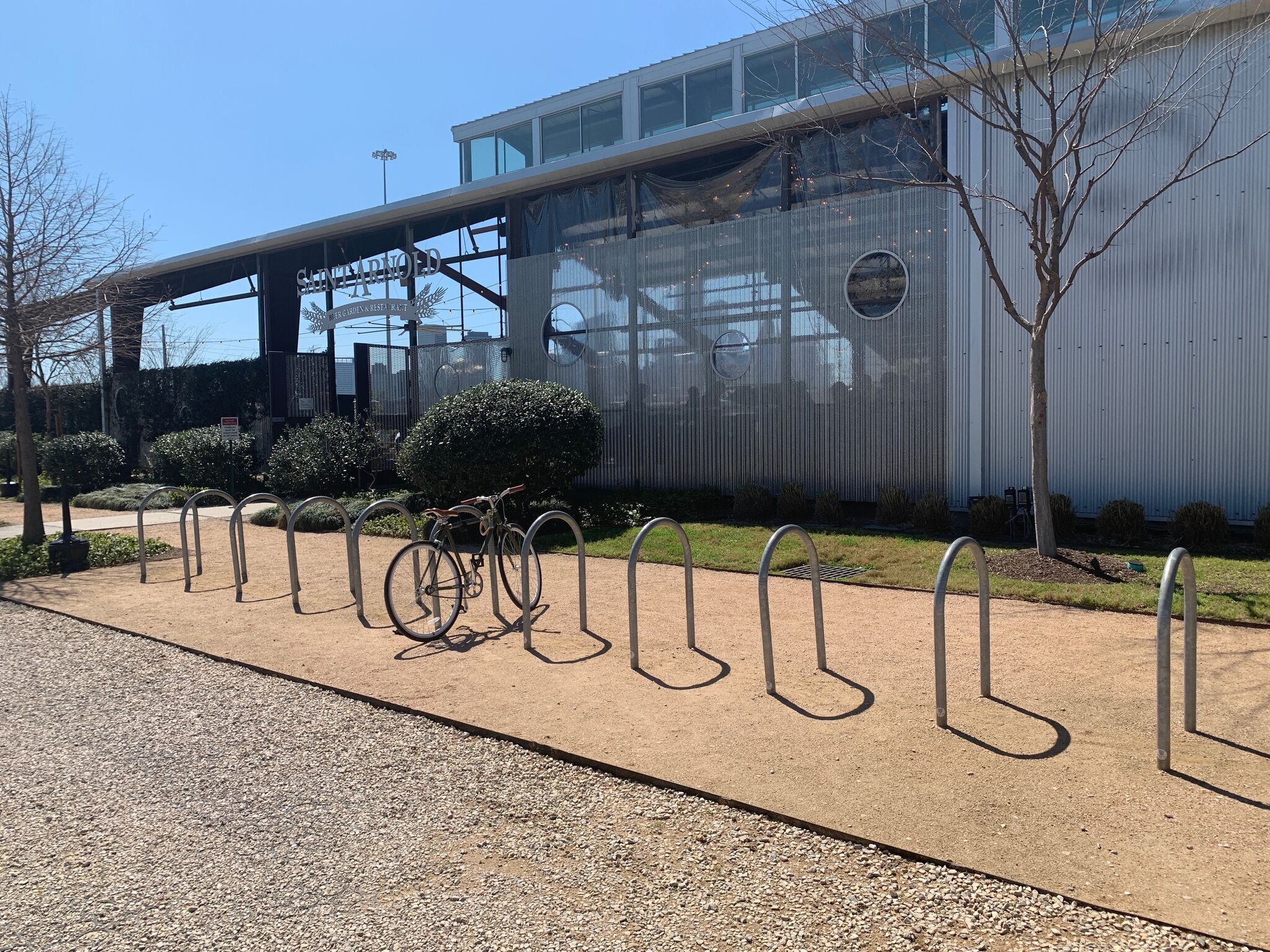 Houston votes that Saint Arnold has the best bike racks

When it comes to locking your bike in Houston, there are usually few options.

Something to have in a city dominated by parking lots, anything, which riders can attach their wheelset to, is a godsend. Businesses and other places that have bike racks sometimes don’t keep up with the times—so bike safety advocates at BikeHouston set out to find out which actually have the best bike racks in town.

Over the past few weeks, coinciding with NCAA’s March Madness, BikeHouston hosted a single-elimination tournament pitting Houston’s bike racks against each other. From bars and malls to libraries and museums, voters on Twitter picked 32 companies and their bike racks as the best.

Ultimately, Houston’s own Saint Arnold Brewing Company prevailed Monday with 57.7 percent of the vote as the winner of Bike Parking Madness 2022, beating the Menil Collection in the final.

“We’re truly grateful for all of the casual riders and cyclists who come to the beer garden every day,” said Lennie Ambrose, Saint Arnold’s chief marketing officer. “It’s a really nice connection to our amazing Saint Arnold Bike Team who rallied and pushed us to the top of the vote. We have the biggest MS150 team year after year so we’re definitely the bike community’s best friends.”

With spacious inverted U-shaped bike racks in front of the main entrance to the beer garden, Saint Arnold’s bike storage facilities are the cream of the crop when it comes to bike racks. The spacing between each rack gives the rider the maneuverability to lock down securely, and the inverted U-shape provides multiple locking points. This design is favored by both the City of Houston design manuals and the Association of Pedestrian and Bicycle Professionals.

Joe Cutrufo, who runs BikeHouston, said the goal of the tournament is multifaceted.

“It’s kind of an educational tool, not only for the general public, but also for other companies and public space designers to see what constitutes quality bike parking,” Cutrufo said. “We think it’s important to recognize companies that are already doing a good job of accommodating cyclists.”

Cutrufo said bike parking is often overlooked in the grand plan to make Houston a bike-friendly city. The city has ambitions to become a Gold-level bike-friendly city by 2027, a category defined by the League of American Bicyclists, and is currently building more than 1,800 miles of convenient bike lanes through the Houston Bike Plan.

In August 2020, the Houston City Council required that new commercial buildings include an increased number of on-site bike racks based on the square footage of the building. This is one way the city is working to improve the availability of reliable parking spots. But by and large it’s up to individual companies to install bike racks – which they sometimes do unsuitable for cyclistsafter them Vote on Houston Bike Twitter.

While there’s certainly work to be done to increase the availability of good bike parking spots across Houston, Cutrufo said it’s important to highlight those who are already doing it right.

“Companies that invest in quality bike parking and place it in a convenient location like Saint Arnold…they are making a statement that people who come by bike are not only welcome, but that they are actually a preferred customer.” said Cutrufo. “As advocates of a bike-friendly city, we like to see that.”

FIN7 is morphing into a broader, more dangerous cybercrime group