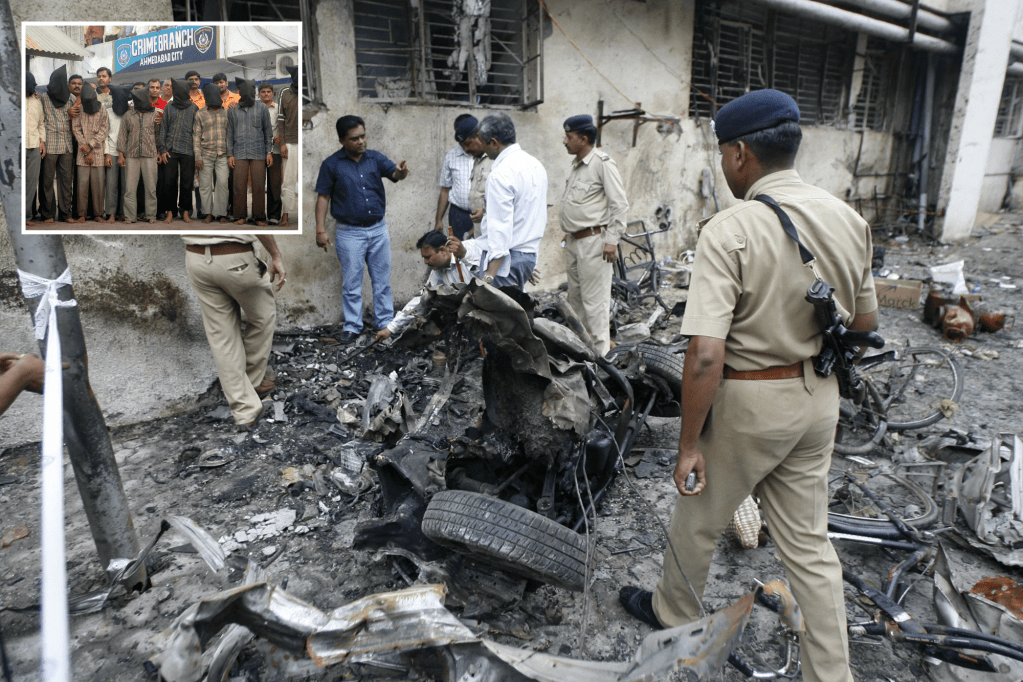 A court in India on Friday sentenced 38 people to death over a series of bombings in 2008 that left more than 50 dead and 200 wounded in the Gujarat state city of Ahmedabad, which has a history of violent clashes between Hindus and Muslims.

It was the first time that so many defendants were sentenced to death in a single case in India. The verdict must be confirmed by a higher court.

Judge AR Patel also sentenced 11 people to life imprisonment in the case in which more than a dozen bombs went off in several parts of Ahmedabad.

A militant Islamic group called Harkat-ul-Jihad-al-Islami claimed responsibility for the bombings. It was considered to be based in Pakistan but is apparently no longer active.

The attacks came in two waves, using explosive devices hidden in lunch boxes and bicycles. The first blast happened near crowded, busy shopping malls in Ahmedabad and the second about 20 minutes later in and around hospitals where injured people were being admitted.

India’s Prime Minister Narendra Modi was the chief minister – the highest elected official – of the state of Gujarat at the time.

The state has a history of tensions between Hindu and Muslim minorities. It was the scene of serious violence in 2002 that killed more than 1,000 people. The trigger was a fire on a train full of Hindu pilgrims, which killed 60 passengers.

The cause was never proven, but Hindu extremists blamed the deaths on Muslims and responded by ramping up killings through Muslim areas.

Patel had convicted the defendant last week of murder, conspiracy to wage war against the state and illegal possession of firearms. He acquitted 28 others for lack of evidence, more than 13 years after the July 26, 2008 bombings killed 56 people.

The process was completed in September.