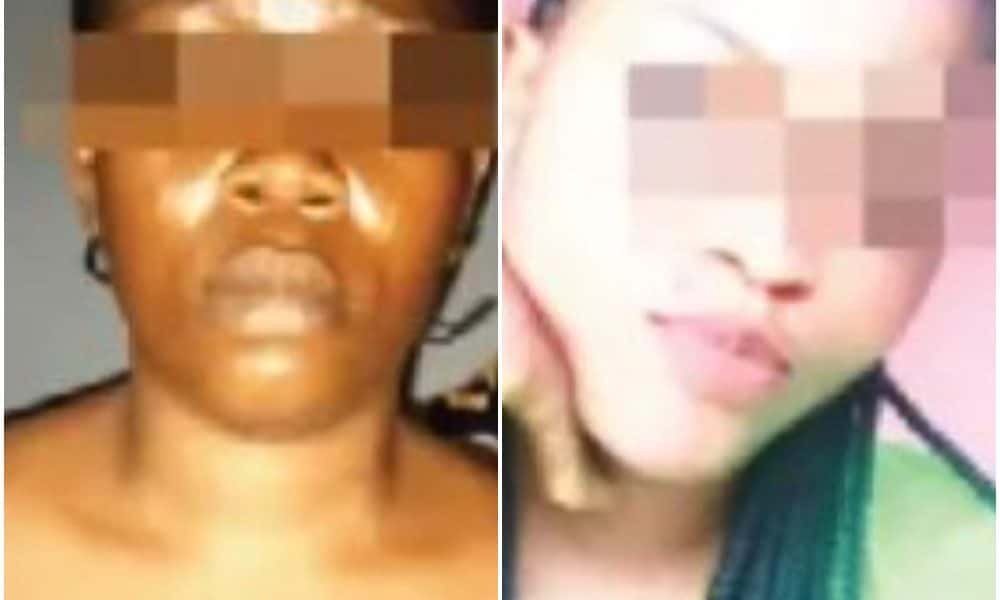 Trouble began after the suspect went to the POS store in Isawo-Agric to buy data from N1500 but was unable to connect to the internet, leading to a scuffle when Blessing ripped Kolawole’s clothes and severed her gold chain.

Speaking about the incident, the POS clerk said she went to her customer’s house to request a gold chain that was destroyed during the fight the previous day, PUNCH Metro reports.

The indigenous woman from Ogun State said her breasts and chest were peeling, adding that she was immediately taken to Ikorodu General Hospital for treatment.

She said, “Blessing sent her younger sister Eniola on Sunday to buy N1,500 dates from me. When she came to my shop, she met my saleswoman Favor, who informed me about the transaction after the payment. I completed the transaction and was charged immediately.

“Blessing called me later to say she hadn’t received any data. I immediately called customer service to find out what happened and was told there was a network problem. I explained it to Blessing when she called back and she said OK.

“Surprisingly, on Monday afternoon, she texted me that she hadn’t received the details; I told her I was at the market. She insulted me on the phone and immediately ended the call. My sales clerk, Favor, called me to let me know she was trying to cause a problem in the store.”

The 31-year-old said she instructed Favor to lock herself inside the store with burglary protection, adding that Blessing returned to her store the next day to confiscate her belongings.

“I was in the store when she came back. When she started abusing me, I ignored her. Suddenly she started packing my belongings including my PoS machine, stapler, calculator and I had to stop her.

“Immediately she grabbed my clothes, stripped me naked, cut my gold chain and people separated us. I picked up the PoS machine from her but she left with other items.

“When I couldn’t find my gold chain, I went to her house to complain, but I met her cooking Egusi soup. She went in, brought a pair of scissors and stabbed my hand.

“I went in their direction and people separated us. But we had thrown away part of the soup. She suddenly carried the remaining hot soup and poured it over me. The soup burned my chest and breasts, and I was taken to a hospital.

“The case was reported to the Owutu Police Station and police arrested her. Her mother, unrepentant about what her daughter did to me, boasted that she would release her on bail.” She added.

Kolawole, who was calling for justice, said she had been in severe pain since the attack.

She called on the police authorities to prosecute the suspect.

Blessings’ stepfather, Azeez Braimo, said Kolawole overpowered Blessing as she poured the soup over her to protect herself.

He said, “She was cooking what her siblings would eat when the PoS operator came home to fight her. The PoS operator beat and overpowered her; They spilled some of the soup.

“It was the rest of the soup that Blessing poured onto her body. She shouldn’t have come to our house to attack her once the matter was settled. We tried to appeal to the lady’s family but our efforts were unsuccessful. We even agreed to pay the medical bills, but they refused.”

If you are over 60, here are the best cruises – Best Life