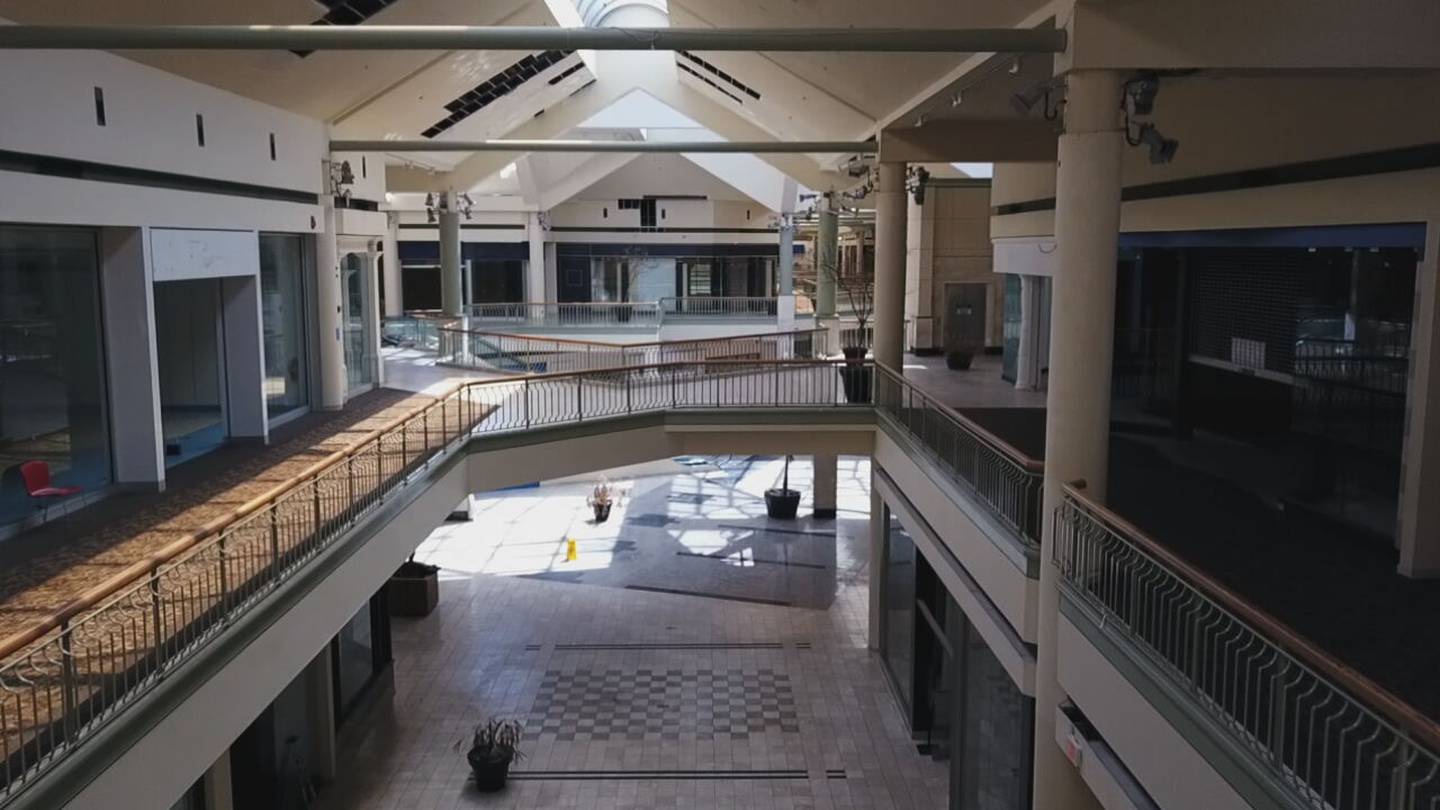 GWINNETT COUNTY, Georgia — From booming downtown areas to ghost towns, it’s been a dramatic decline for large malls here in Georgia and across the country.

About a dozen malls battle it out in Metro Atlanta from the Mall of Georgia to the Crossroads Mall in Conyers.

But there are efforts to revitalize Georgia’s once mighty shopping malls, and you might see some of the best examples tried here.

“The only reason I like to go is to look around and see what I can find,” said shopper Josefa Almazan.

She, like many shoppers these days, doesn’t exactly go to malls for a number of reasons.

[HAVE SOMETHING YOU WANT 2 INVESTIGATES TO LOOK INTO? Submit your stories ideas here]

“Many of my colleagues stop coming here because of safety issues,” said buyer Abby Sirakoulis.

channel 2 Found Sirakoulis on the way to one of the last stores still open in the former Gwinnett Place Mall.

The county purchased the land to redevelop the area. Inside, it’s a spooky ghost land of empty storefronts, damaged ceilings, and acres of empty parking lots.

The fall of the 1980s mall was rapid. During the Christmas season of 1998, Channel 2 found people wall to wall. But in 2001, shoppers noticed a difference, and one said, “It wasn’t crowded here.”

Gwinnett Place is not alone. From Northlake to Sugarloaf Mills to high-end places like Lenox Square, the struggle is real.

“Two things coming together, Amazon and the housing crisis have really destroyed retail. Retail will never come back the way it is,” Conway said.

So what’s coming in? There are some examples across the country that, according to Conway and other experts, prove that old malls can be turned back into economic powerhouses.

One is right in our own backyard – Northlake in Tucker. When times hit hard, Corinth Properties stepped in and spent more than $100 million on the redesign.

It’s not the kind of house your Aunt Anne and Mrs. Fields had anymore. Retail and restaurants will continue to exist, but Emory Healthcare has become a major tenant.

“People want a different experience. They want to be inside and outside,” said Frank Mihalopoulos, also a partner at Corinth Properties.

Corinth has done this before, just up the road in Nashville at One Hundred Oaks.

Vanderbilt Health leases about half of the space, providing a core customer base to keep the shops and restaurants busy. The once-dead mall is now alive day and night.

“What’s the biggest mistake a lot of places like this make?” asked Thomas.

“I think number one, they think they can bring retail back,” Conway said.

“What does Joe Allen want to see come in here?” asked Thomas.

“I want the mall to be demolished, and out of the ashes we need a cool place,” Allen said.

Gwinnett County leaders take note. They tour malls across the country trying to figure out what works.

They drove to Denver and checked out the Belmar Mall in Lakewood, an open-air facility, and the Streets of SouthGlenn, a hugely popular mixed-use facility.

“They have apartments, they have condos, they have housing, they have groceries, they have restaurants, and they’ve tried to make it pretty walkable,” Conway said.

Gwinnett officials continue their nationwide tour and plan to visit malls in Seattle. They have also flown to Houston, New York, Austin and San Diego.

“What are you looking forward to most?” asked Thomas.

“I look forward to seeing the people of this place again,” Allen said.

“Maybe it could be better if they made it a little more secure and introduced more stores,” said buyer Abby Sirakoulis.

In Gwinnett, officials are in an information-gathering phase and are holding community meetings.

Actual changes could be millions of dollars and years away.