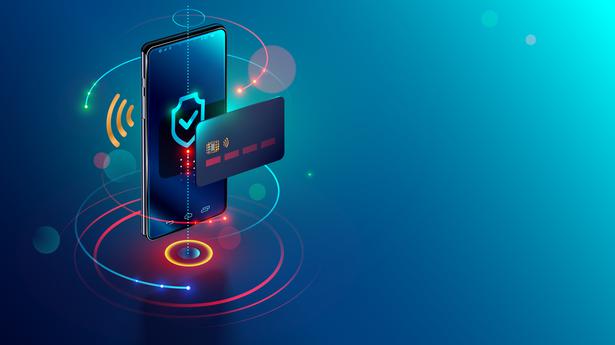 How will the Tap to Pay feature make money transactions on smartphones easier? What are the other uses of NFC technology?

How will the Tap to Pay feature make money transactions on smartphones easier? What are the other uses of NFC technology?

The story so far: Google Pay recently launched a new feature in India, “Tap to pay for UPI”, in partnership with Pine Labs. The function uses Near Field Communication (NFC) technology.

The feature will allow users with NFC-enabled Android smartphones and UPI accounts linked to Google Pay to complete transactions simply by presenting their phones at any Pine Labs Android point-of-sale (POS) terminal in the across the country, Google said in a press release. Previously, Tap to Pay was only available for cards.

What is NFC and how does it work?


NFC is a short-range wireless connectivity technology that enables NFC-enabled devices to quickly and easily communicate with each other and transfer information with a single touch—whether it’s to pay a bill, exchange business cards, download coupons, or share a document .

NFC transmits data through radio frequency electromagnetic fields to enable communication between two devices. Both devices must contain NFC chips, since transactions take place over a very short distance. NFC-enabled devices must either be physically touching or within a few inches of each other for data transfer to take place.

How does this technology work with the recently introduced “Tap to pay for UPI” feature?


Google Pay was the first among UPI apps to bring tap-to-pay functionality to POS terminals. It allows users with UPI accounts configured on Google Pay to make payments simply by tapping their NFC-enabled Android smartphone on any Pine Labs Android POS terminal. As soon as users tap their phone on the POS terminal, the Google Pay app will automatically open with the payment amount pre-filled. Users can then verify the amount and merchant name, and authenticate the payment with their UPI PIN. You will be notified once the payment is successful, Google said The Hindu.

The process is much quicker than scanning a QR code or typing in the UPI-linked mobile number, which has been the traditional way until now.

Do other companies use NFC technology for smartphone payments?


In February of this year, Apple introduced Tap to Pay on the iPhone. It will allow merchants across the US to use their iPhones to accept Apple Pay, contactless credit and debit cards, and other digital wallets with a tap of their iPhone, with no additional hardware or payment terminals required.

At checkout, the customer just needs to hold their iPhone or Apple Watch to pay with Apple Pay, their contactless credit or debit card, or other digital wallet near the merchant’s iPhone to complete the payment using NFC technology, he said Apple in a previous press release.

What Are the Other Applications of NFC Technology?


NFC technology has a wide range of applications in addition to controlling payment services such as Google Wallet and Apple Pay. It is used in contactless bank cards to make money transactions or to generate contactless public transport tickets. Contactless cards and readers use NFC in various applications, from securing networks and buildings to monitoring inventory and sales, preventing car theft, monitoring library books and operating unmanned toll booths, according to investopedia.

NFC is behind the cards that we wave through card readers in subway turnstiles and on buses for ticket inspection. It is present in speakers, home appliances and other electronic devices that we monitor and control through our smartphones. With just a touch, NFC can also set up WiFi and Bluetooth devices in our homes, investopedia found.

It also has a healthcare application to monitor patient statistics via NFC-enabled wristbands. NFC is also used in wireless charging.

How secure is this technology?


NFC technology is designed to operate between devices within inches of each other. This makes it harder for attackers to capture communications between devices compared to other wireless technologies with several meters of working distance, according to the NFC Forum, a nonprofit industry association.

The user of the NFC-enabled device uses the touch gesture to determine which entity to communicate with via NFC, making it difficult for the attacker to connect. By default, the security level of NFC communication is higher than that of other wireless communication protocols.

The NFC Forum also added peer-to-peer communication, a mechanism to encrypt all data exchanged to avoid external interpretation of the recorded communication. Because the receiving device reads your data immediately when you send it, NFCs also reduce the chances of human error, according to investopedia.

Where does it compare to other wireless technologies?

However, the receiving devices for these technologies require their own power supply due to the greater working distance. Therefore, the receiving device cannot be powered by the radio frequency (RF) field as with NFC, the NFC Forum pointed out. Another consequence of the increased working distance is the need for the user to configure their device and pair it to communicate with each other. The connection cannot be initiated by a simple touch gesture like with NFC.

When did NFC technology start?

Near Field Communication is a short-range wireless connectivity technology that allows NFC-enabled devices to communicate with each other and transfer information quickly and easily with a single touch.

In addition to controlling payment services, NFC technology has a wide range of applications. It is used in contactless bank cards or to generate contactless public transport tickets.

Google Pay will now allow users with UPI accounts to make payments simply by tapping their NFC-enabled Android smartphone on any Pine Labs Android POS terminal. This process is much faster than scanning a QR code or typing in the UPI-linked cellphone number.

Tangopay: The payment processor for Dancing with Ada