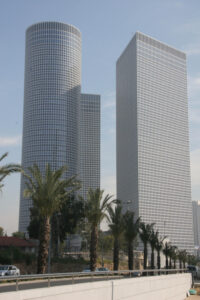 Not much noise about the Green Pass in shopping malls

Despite much fuss in the media about Green Pass restrictions in shopping malls, not much is being done in many places across the country to keep the unvaccinated out, Ynet reported Tuesday.

The Green Pass extension to shopping malls officially went into effect earlier this week, but enforcement has so far been lax to nonexistent, according to a survey by the network of stores across the country, from Tel Aviv to Be’er Sheva.

In Tel Aviv’s famous Azrieli Mall, none of the big stores had a clerk at the entrance to check on customers.

“We and a few other stores stick to the Green Pass,” says the manager of the Renuar clothing store in the city’s largest shopping center.

“However, some customers still prefer business that does not adhere to the mandate.

I am customer friendly and follow the guidelines. We want to get through the pandemic … I also know that there are heavy fines for businesses caught breaking the restrictions, “she added.

Be’er Sheva’s Grand Canyon Mall looked like an ordinary day before the pandemic.

The branch of the Hamashbir Latzarchan mall and the H&M clothing store honored the Green Pass mandate, but the owners paid a price as some customers appeared to be shopping elsewhere to avoid being screened.

“[The Green Pass] only serves to ultimately hurt us, ”said one of the H&M employees.

At Yerushalayim’s popular Azrieli Malcha Mall, the story was similar, with some shops sticking to the rules and some not. And where the rules were enforced, there were complaints.

“Those lines at the entrance to the shops are terrible. I think twice about whether or not to come to the mall, ”said one of the visitors to the mall, who is a frequent customer.

Letters to the Editor: The Wallet | Reader writes