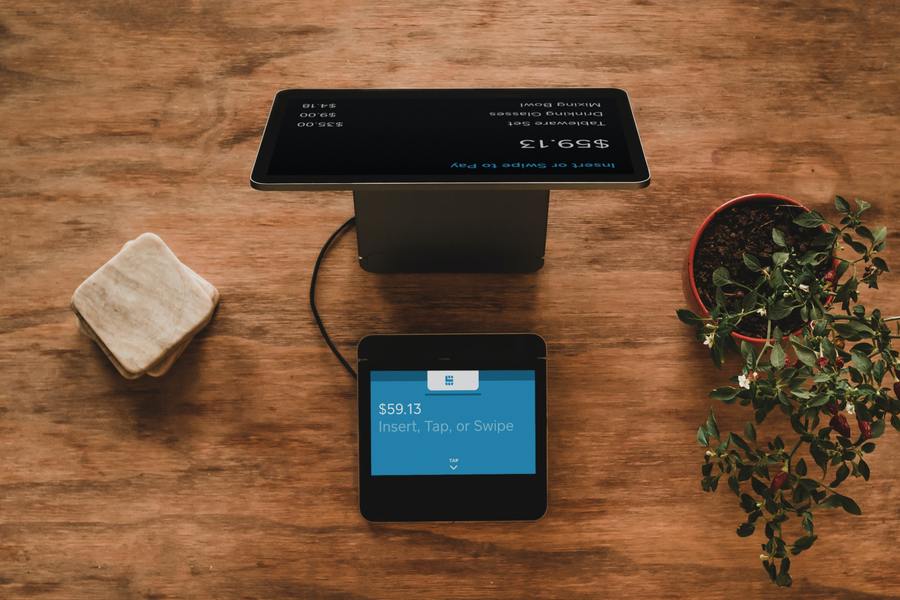 POS System: A novel technology on tap to increase restaurant sales in China and the world

How does the POS system balance the needs of dynamic restaurants?

It’s hard to imagine a plate of dishes that could be ordered by simply tapping a finger on a tray before the 20th century. However, breakthrough innovations in point-of-sale (POS) systems have set a significant milestone in making once-impossible dreams possible.

In short, the term POS system refers to a type of software that generates analytical statistics about store performance through real-time data. It typically includes hardware such as iPads, tablets, PCs, and barcode scanners to support both bank cards and other electronic payments while maintaining financial security.

As foodservice operations shut down during the pandemic, outsourcing delivery became a lifeline for millions of restaurants around the world. Restaurant operators are bracing for turmoil in the dine-in food services market, aided by COVID-19. Many of them have endeavored to set up cloud-based delivery channels from scratch and turned their attention to the POS retail system. Due to the system’s convenience of tracking orders and managing inventory, the POS market has been increasingly heated up as restaurant operators pour money into purchasing this type of software.

Handling countless deals can quickly overwhelm restaurant owners, leading them to inevitably rely on POS systems to monitor cash flows over identical time periods and even estimate future cash flows. Despite usual order-to-order measures, POS systems also provide details about the beginning and ending inventory of each item, labor costs and shifts, internal expenses, and customer orders with specific dates and the number of visits. To avoid redundancies in accounting, POS systems are known to be faster and more accurate with seamless payment integration.

With a widespread global trend of adopting POS systems, the restaurant industry has seen record profits to attract logistics companies to outsource food delivery. Accordingly Global market insightsRestaurant POS terminal market size surpassed USD 10 billion in 2020 and is expected to grow at a CAGR of over 12.5% ​​from 2021 to 2027. Total global annual POS software spending by retail and restaurant businesses will grow to $1.7 billion in 2024 from $1.1 billion in 2019, based on juniper research.

In the Asia-Pacific region, China is asserting itself and dominating the restaurant POS software market due to its increasing growth in the infrastructure sector, heavy investment in restaurant technology and rapid adoption of POS solutions by Full Service Restaurants (FSR). Along with the far-reaching technologies in e-payments, POS systems have been one of the most prominent digital technology adoptions that have accompanied China’s dizzying speed. Estimated By 2024, China will hold up to 40% of global POS market revenue with vendor app integration.

However, POS terminals have a strict certification system in China. On October 29, 2019, the People’s Bank of China, together with China’s market sheriff, the State Administration for Market Regulation (SAMR), developed a new verification system called the certification of FinTech products.

This certification scheme applies to 11 types of listed products including application software, cloud computing platforms, POS terminals and more. Even after a certificate has been issued (valid for three years), the certified party is subject to ongoing surveillance to ensure that the product continues to meet requirements, including through on-site inspections.

In the past few decades, the POS market has expanded far beyond mainland China and reached across the Pacific Ocean. In the United States, many companies have long jumped at the opportunity to grab a piece of the overseas POS market.

MenuSifu: The POS giant enables digital experiences in US restaurants

Founded in 2013, Menusifu is a New York-based company providing POS systems for the food service and hospitality industry. The company provides seamless POS software services and additional solutions to improve the omnichannel experience for customers in a variety of food service scenarios. MenuSifu maps customized POS services to different types of restaurants, such as: B. Fast Food, Full Service, Buffet, etc. The chart below shows the services provided by the company:

According to MenuSifu CEO Yu Li, the company has established stores in all 50 states, including the states of Alaska and Hawaii, and reaches over 10,000 service points in the United States.

The company is actively expanding its POS services in the US market while respecting cultural diversity. “Our offered services emphasize inclusivity and cast a wide net across various restaurants including Chinese, Japanese, Korean, Vietnamese and Mexican restaurants,” Li said.

The company discovered challenges and losses faced by customers due to the traditional siled information systems they were using. MenuSifu firmly believes that a seamless information integration and management system can help restaurants reduce operational costs and identify new growth avenues. Her work in this aspect has resulted in consistent client growth in a variety of communities.

“After 8 years of development, we have established our core restaurant products and service lines, but in the meantime we have realized that there is much more we can do to support our customers. This requires us to keep dedicating ourselves to this industry’s future,” Li said.

Li pointed out that they remain flexible to meet the changing needs of the market. He announced that the company has developed innovative solutions to support restaurants during the challenging time of the COVID-19 pandemic. Referring to the post-pandemic era, Li said leading-edge technologies such as big data, hardware development for smart devices, and robotic services can and should be applied to the global market without delay.

When asked about the strategies for tackling the competitions, Li said, “We believe that we are our own biggest competitor. We are always attuned to the needs of our customers instead of chasing the other players in this space. We’re making steady progress with our company.” Goals.”

The company is concentrating on expanding its market for now and aims to provide one-stop service for its customers.

The POS software market has proven its growth potential and attracted small businesses to compete in this battleground.

For example, the private financial services provider in the Los Angeles area, Alliance Bankcard Services, was founded in 2000 and is known for offering fast payment processing solutions. From the early 2000s, the company originally focused on credit card terminals. Until 2005 they cooperated with other companies and sold POS services.

William Sze, the founder of Alliance bank card services, explained that the company currently has over 50 employees with a service point development center in the City of Industry, California. The Company is taking steps to raise capital to complete the Series A funding round.

“In 2015 we created our first POS service. We are still in the first phase of POS services development process while working on restaurant reservation and other e-functions,” said Sze.

The company’s flagship products also include both desktop and handheld Chinese version POS terminals, serving the broad Chinese-American community in many retail scenarios. Capitalizing on the nature of small and mobile POS terminals, the company’s products are widely used in on-the-go stores such as pop-up stores, home deliveries and food trucks. At present, the POS services provided by the company are equally applied to Chinese restaurants and other restaurants in the United States

Since the early 2000s, Alliance Bankcard Services has worked with over 10,000 companies in total. Sze pointed out that initially many restaurants were not equipped with POS systems and only started using this type of service in 2002. In 2005, the first wave of payment integration between POS systems and credit card payments emerged. Companies like MCR LLC have also gotten involved in this payment innovation.

“We’re going white label for now and collaborating with other companies. These companies can use their own brands while using our services,” Sze said.

Grocery delivery apps like Uber Eats and DoorDash are ramping up in the United States during COVID-19, serving as another incentive to improve POS services. Two years ago, Alliance Bankcard Services developed a new all-in-one feature that allows customers to scan QR barcodes to order meal services at home amid the pandemic crisis.

“I think this industry is expanding because everyone is using faster payment processing solutions. We have developed our POS services based on cloud platforms and are formulating our supply chain,” said Sze.

Sze explained that the company’s products differ from China’s POS products due to its cloud-based characteristics. In addition to providing POS services, the company also offers restaurant operator loans as part of its service package. Sze announced that Alliance Bankcard Services is partnering with Edison Future, an American startup that makes electric pickup trucks, and expects it to roll out its POS systems in electric vehicles to accelerate autonomous grocery delivery services by 2028. This is an additional step to gain a foothold in the development of Chinese POS systems.

Point of sale systems are productive additions that help restaurant retail track sales history, process transactions and track inventory. Despite geographical locations, point-of-sale systems have developed into a lucrative business. As exemplified by MenuSifu and Alliance Bankcard Services, both large and small companies are actively investing and developing their POS services in this emerging business sector. Its growth potential has been proven in either the Chinese or overseas market as more and more companies enable positive and revolutionary transformation in this industry.

The Sony Reader Store is alive and well in Japan