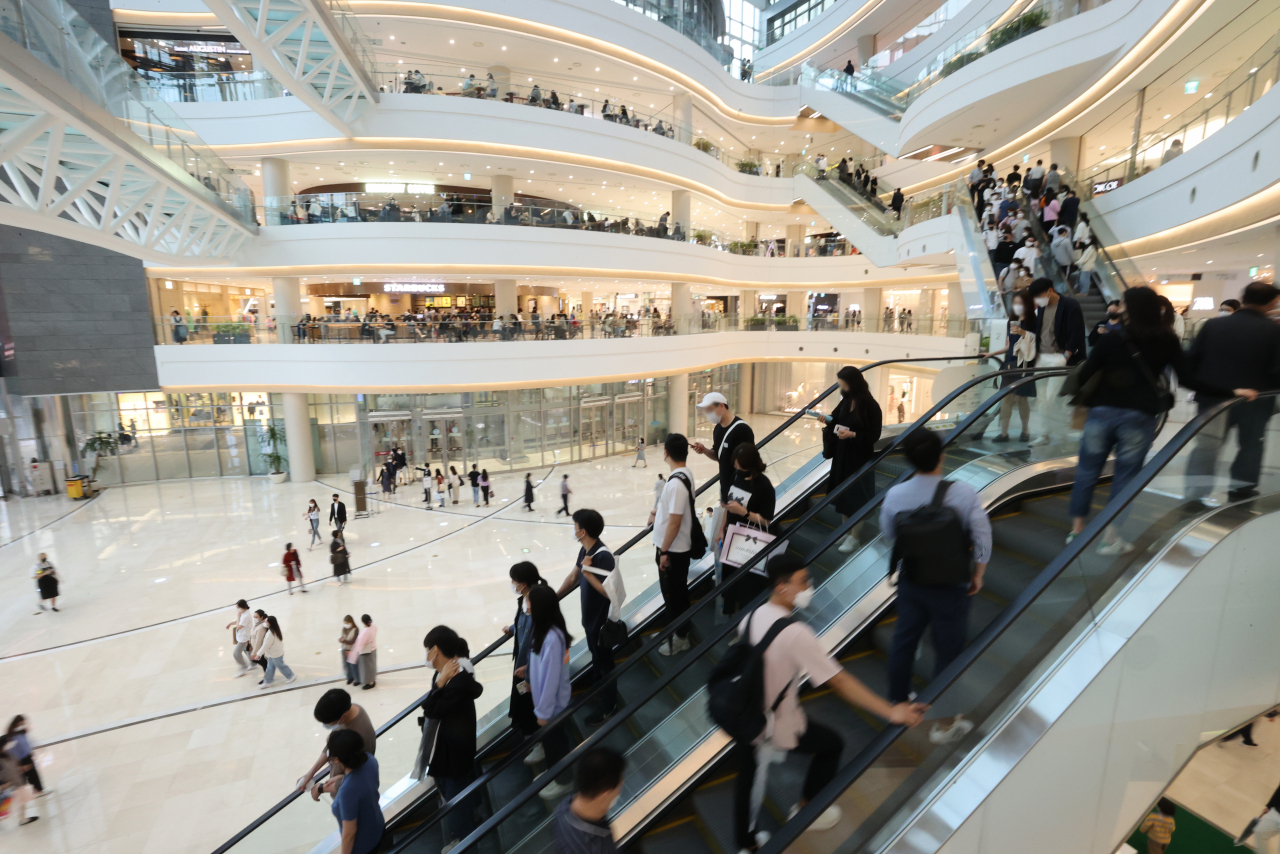 A majority of South Korean retailers expect their business conditions to improve further in the third quarter of 2021 than three months earlier, as more people will be vaccinated against the new coronavirus, a poll on Tuesday found.

The Korean Chamber of Commerce and Industry announced that its Retail Business Survey Index (RBSI) was 106 for July-September, up from 103 three months earlier.

It’s the second straight quarter that the country’s RBSI has stayed above levels. In the second quarter, the index slightly outperformed the benchmark for the first time since the COVID-19 outbreak in January last year.

The number is based on a survey of around 1,000 retail companies across the country. A value above 100 means that the optimists outnumber the pessimists.

The internet-based retailer index was highest at 115, thanks to increased contactless consumption and expectations that more anti-coronavirus vaccinations could boost consumer spending.

The RBSI for department stores rose from 96 to 107 over the period, the largest increase among the retail sectors from the previous quarter, which is expected to lead the industry’s recovery.

Other offline retailers, however, were cautious. The index for large discounters was 98, for convenience stores at 100 and for supermarkets at 96.

The optimistic mood among retailers comes from the fact that Asia’s fourth largest economy has quickly recovered from the impact of the pandemic on buoyant exports and domestic demand.

South Korean consumers remain optimistic about the economy. South Korea’s consumer sentiment hit 110.3 in June, 5.1 points more than in May, marking the sixth straight month on the rise, according to the central bank. (Yonhap)