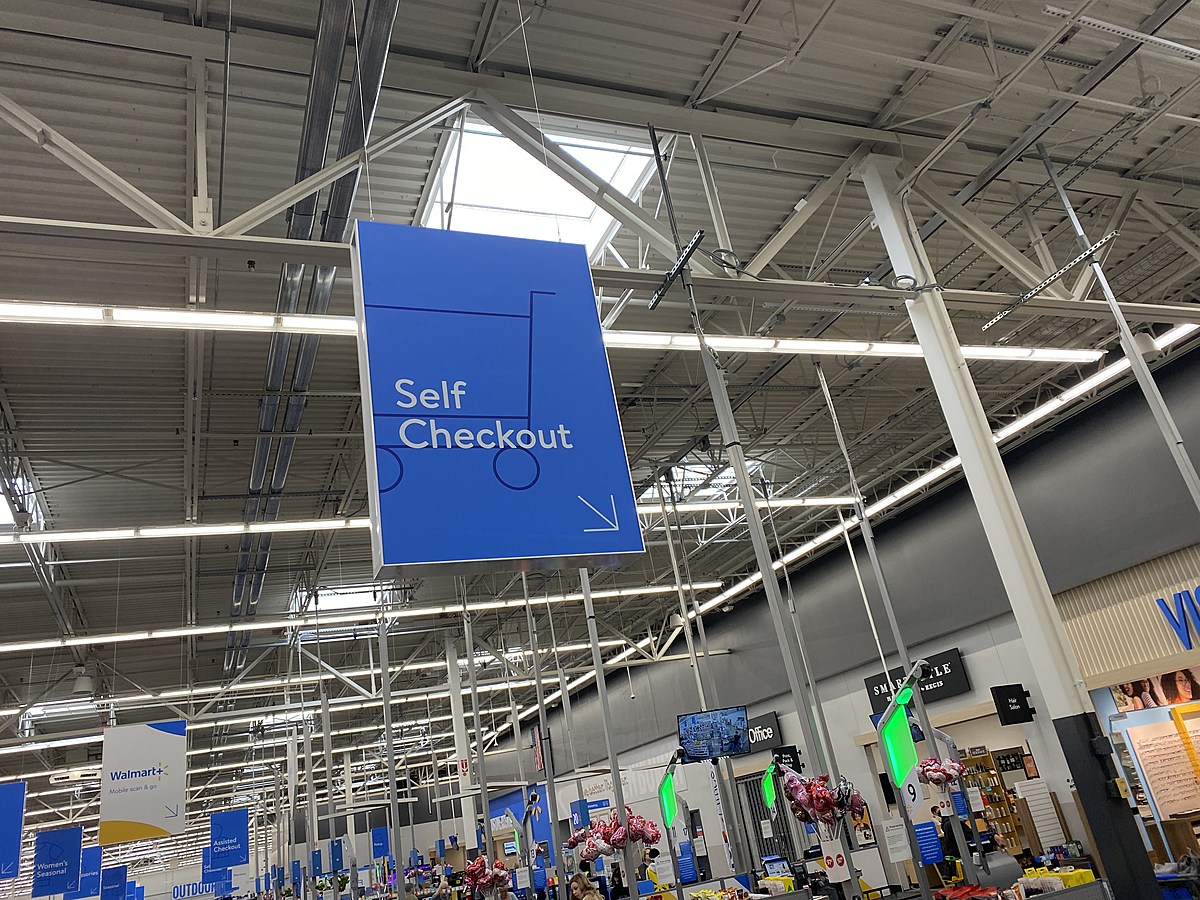 Hello, my name is Ryan. I like to use the self-checkout lane. I think it makes the whole shopping experience easier, and it’s a hill I’m ready to die on.

I haven’t always felt this way. To be honest, there was a point in time when I avoided them completely. My wife would always use them as we often went shopping together with no problems. But every time I tried, it was inevitable that something would go wrong. An item wouldn’t scan, the scale wouldn’t register the weight of what it asked me to do, or it would think I’d put something in my pocket without first scanning it. It was an incredibly frustrating experience.

But there were times I would walk into the store just to get an item or two, and each line with a real human cashier calling for items was five customers deep, each with a full shopping cart. Meanwhile, there were a handful of self-service checkouts right next door that nobody used. So instead of waiting 15 or 20 minutes to pay for an item or two that might take two minutes, I would go to an empty self-checkout and try again. Over time, the issues I had previously encountered became less and less, to the point where I used it multiple times in a row with no issues. I don’t know if self-checkout technology has evolved or if I’ve only just figured it out, but now I don’t even check how long the lines are in the checkout aisles. Even with a full shopping cart, I go straight to the self-service checkout.

It’s faster. Unlike most people, I don’t mind going to the store. Even the big retailers like Walmart. That being said, I don’t want to be there longer than I need to be and I find the self checkouts help me get out of there quicker. The queues are generally shorter so I don’t wait 10, 15 or 20 minutes before even getting to the conveyor to empty my cart and the more times I’ve used them the better I’ve gotten at calling my stuff.

I am a control freak. By using self-checkout, I don’t have full control over how quickly my groceries are scanned, but also over how they are packaged. Cashiers are trained to get things moving as quickly as possible and while they are also trained in which items to pack, human errors do happen, especially when they are in a hurry because they have a long line of customers, who have to get through. which can result in occasional broken bread or eggs. At the self-checkout I can ensure that these items are packed separately and my dairy, frozen, fruit and meat products are all packed together with their counterparts.

But they take people’s jobs

The Walmart in Newburgh, where I do some of my grocery shopping each week, recently expanded their self-checkout area, and as you can imagine, that didn’t sit well with some people. A common reason many of them cite is that it takes away a job from someone. There are some arguments to suggest that this isn’t the case, but if we’re being honest, in some stores it probably is. However, think about what we’ve been through since the pandemic began – order online and collect in store. The items on these online orders don’t magically float off the shelves and pack themselves, but instead require a staff member. That’s where the former cashiers come in. They still have a job that’s just, let’s say, “repurposed”. If I were in their position and given the choice of standing in one place eight hours a day and calling and packing groceries, or walking through the store and fulfilling online orders during that time, I would choose the online ordering option without to hesitate.

“They don’t pay me to work”

This is another common argument made by the anti-self-checkout population. The idea that not only do they pay for the items they buy (which they probably also complain about costing too much), but that we now provide free labor to the company by forcing us to do our own Scan and pack groceries.

If it had taken us an hour or two, I would say they might have a valid argument. But it may take 10 to 15 minutes depending on how many items you have. It all boils down to how much you value your time. I remember I was taking an introductory economics course at the University of Southern Indiana College and one day in class the professor said something that stuck with me more than 20 years later. He said everything has an opportunity cost, and what he meant was that no matter what we choose, it costs us an opportunity to do something else. In my opinion, the opportunity cost of waiting in line just to have an associate call and have my groceries picked up when I could have done it in half the time at the self-checkout is a price I don’t want to pay. Even if it’s only a few minutes each time, those minutes add up over time.

Change is inevitable (and not always a bad thing)

There was a time when you couldn’t pump your own gas. Instead, you stopped at a pump and waited for a gas station attendant to pump for you. If you’re under 50, this idea probably sounds crazy because we’ve gotten so used to doing it ourselves. While I imagine there was some backlash back then when gas stations started phasing out the associated position, when was the last time you heard someone complain about not having anyone to pump their gas for them ? I think the same will be said of the tills when my grandchildren are grown and shopping alone. The idea of ​​a store having a real person taking your items and calling them for you will sound crazy to them.

My point is that self-checkout lanes might be a hard pill to swallow for some right now, but they’re not going away. The day will come when this is the only option we have (other than store pickup and home delivery). In fact, it seems like it’s going to happen sooner rather than later, as Walmart began experiencing self-checkout exclusively back in June 2020. I say bring it on. I’m all for anything that makes my shopping experience faster and easier.

If you don’t agree, that’s okay. I’m not here to change your mind. If so, great. If not, that’s great too. My point here was to share a different perspective on something that the majority of people here aren’t really liking right now, and appreciate you taking the time to read it.

LOOK: Things from the year you were born that no longer exist

The iconic (and sometimes silly) toys, technologies, and electronics have been usurped since their big day, either by advances in technology or breakthroughs in common sense. See how many things on this list bring back childhood memories—and which ones were here and gone so fast you missed them entirely.

READ NEXT: 50 Famous Brands That No Longer Exist