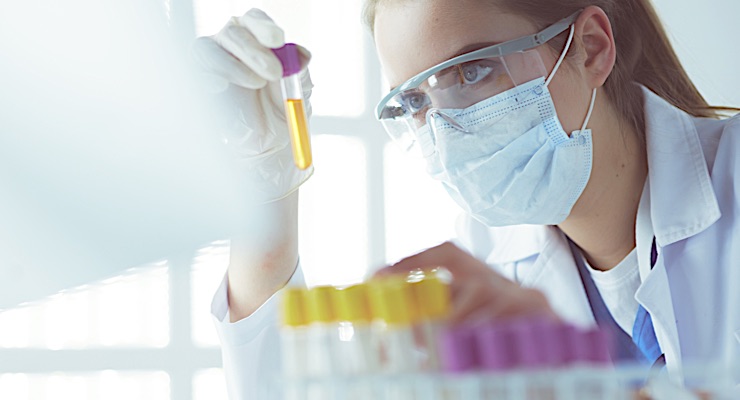 Some more hints and technologies

By Margaret N. Yarbrough Last updated Jun 7, 2022
Share
Looking at the conflict in Ukraine, it becomes clear that hardware alone does not win a battle. Flexibility and morale also count quite a bit. In addition to some technical suggestions, I would like to go into personal information.

My wife has been working from home on Fridays for years. (Regular NY/CT traffic mixes with vacation traffic and the many hours spent in the car could be better put to work.) Since she does sensitive contract work, they gave her a VPN (Virtual Privacy Network) account to use . When the COVID lockdown took place, all employees had to work from home. In fact, there’s a chance they’ll never return to a full-time office environment.

What does that have to do with pharmaceutical work? Spring. I used to joke that when I started (spoiler alert: GMP didn’t exist then) we worked in the lab from Monday morning to Friday noon and then we wrote all our lab data and reports. Under GMP (or the QA interpretation of GMP) we did lab work on Monday and spent the next four days writing. That may be an exaggeration, but not that far-fetched.

A few years ago, a colleague wanted to do paperwork, took her notebook home to write down her findings, and almost got fired for removing “controlled data” from company premises. With the availability of electronic notebooks, secure “cloud” computing, and VPNs, many “busy” jobs can be easily done from home. This is especially true for jobs that are primarily paperwork, namely quality assurance, business reports, sales, data processing for clinical trials, NDA or ANDA submissions – most of which can be done from a remote location.

Allowing employees to use remote connections would have a number of benefits:

To implement this culture, the company may need to provide employees with a subsidy to upgrade their internet service and possibly provide laptops, but these costs would be far outweighed by the savings in infrastructure spend. It would also serve as an impetus to improve IT security, especially with the proliferation of cybercrime (information theft, ransomware, etc.).

That’s what we investigated at my last job. The newly manufactured devices had some potential disadvantages. Above all, there were far fewer laboratories equipped with WLAN at the time. WiFi is now ubiquitous in places as diverse as shopping malls, homes, restaurants and, yes, offices and laboratories.

There were also security/confidentiality concerns. The signals could, it was thought, be read by third parties and VPNs were not available. I accidentally found a solution to the first one. When the company covered the windows with a metal-doped coating to help with air conditioning, no one could pick up a cell phone signal. In combination with the building’s steel frame, they had created a Faraday cage impermeable to radio signals. Ta-da! Instant security. Also, we now routinely use VPNs as our primary source of security.

Why e-notebooks? Transmission errors are more common than you think. Most laboratory equipment (e.g. electronic balances) has the option of entering the mass directly into the “book”. Coupled with a barcode reader, a substance’s identity and weight would always be correct. If you make it easy to have the notebook handy, the use of numbers will be written on paper and later entered into your notebook – a GMP violation by the way.

Currently, all equipment used to manufacture dosage forms must be disassembled, washed and dried, and inspected for residues before being used on the next product. This is particularly troublesome for a contract manufacturer for two reasons: 1) they rarely have a large number of “extra” pieces of equipment, so they have to wait for the go-ahead for whatever equipment is in use before proceeding, and 2) current methods require hands-on work both in production and QC department and are quite time consuming. Often a large percentage of production equipment is down for cleaning or waiting for cleaning tests to return.

Yes, there is a better way, or why would I have brought up this topic in the first place? Everyone who has flown in the US has come into contact with an ion mobility spectrometer (IMS). Here, a TSA agent wipes your hand, briefcase handle, or carry-on bag with a small piece of cloth and places it on a device near the exit.

This sample swab is heated, causing the organic molecules to vaporize and the vapors to flow through the chamber: the molecules are ‘soft’ ionized (usually given a negative charge) so as not to break the molecule, and enter the chamber through a negative centrifugally charged grid (repulsion). The molecules all take on a single charge and move according to their charge/mass ratio – the smallest ions arrive at the final lattice first, followed by the others according to mass. They hit a collector and generate a voltage proportional to the number of ions hitting them.

The mechanism is similar to time-of-flight mass spectrometry (TOF-MS), but a gentle backflush of ambient air flows counter to the sample flow, dispersing the molecular groups and creating a pseudo-long flight path that enables separation. This eliminates the need for an expensive high-vacuum pump needed for “real” mass spectrometry, reducing maintenance and operating costs.

Ultimately, the move to continuous manufacturing (CM) would eliminate the need to disassemble and clean each unit between products. Since the main benefit of CM is time and labor saving, traditional GMP cleaning validation is a millstone around the neck of production. An idea came to me a few years ago: why not use the example of an old mortar and pestle?

How is this helpful? We didn’t clean the mortals with water or solvents as the open pore porcelain would retain moisture and make it worse than not cleansing. Instead, we ground up several portions of a dry salt (e.g. NaCl) until all the chemicals that were in the mortar were removed. I postulated that a similar approach to CM would be to run a pure excipient common to the product being finished and the product that follows it (e.g. lactose) through the assembled CM unit until it is clean . Of course, this process would need to be validated prior to implementation, but then the CM unit would only need to be disassembled for maintenance or component replacement.

Emil W. Ciurczak has worked in the pharmaceutical industry since 1970 for companies such as Ciba-Geigy, Sandoz, Berlex, Merck and Purdue Pharma, specializing in method development for most types of analytical equipment. In 1983 he introduced NIR spectroscopy to pharmaceutical applications and is widely recognized as one of the first to use process analytical technology (PAT) in drug manufacturing and development.

How to make UPI payments by credit or debit card