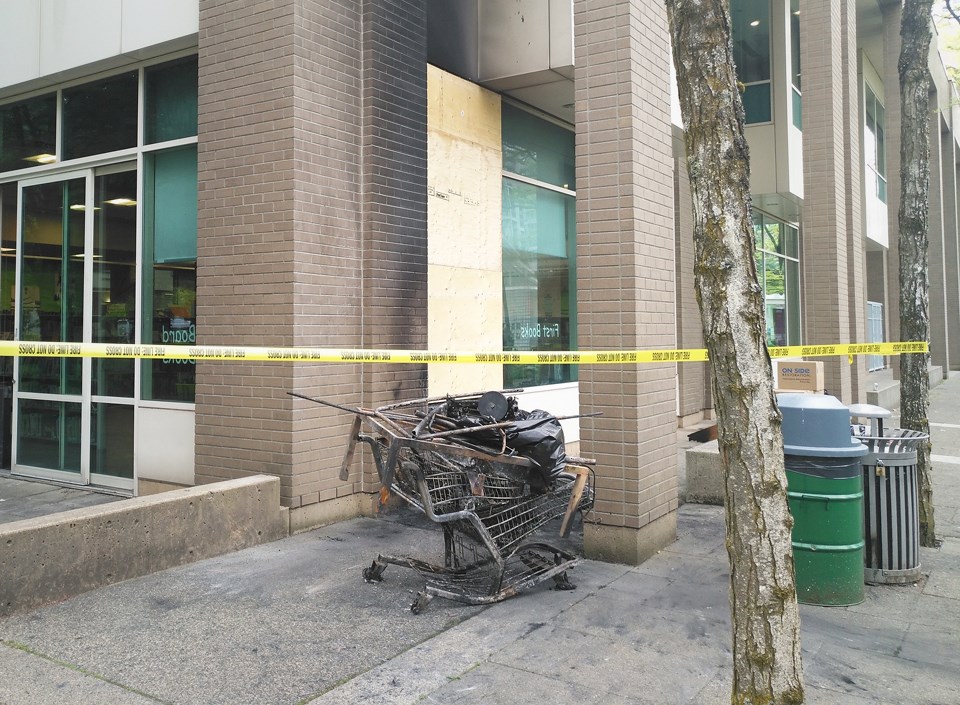 The Burnaby Library was closed by a shopping cart fire

The Bob Prittie Metrotown branch of Burnaby Public Library will be closed “at least a couple of days and possibly longer” after an early morning fire on Wednesday, the city’s librarian says.

The Metrotown library will remain closed for at least a few more days after a shopping cart fire outside the building early Wednesday morning triggered the sprinkler system inside.

That #metrocity branch of #burnaby The public library is closed due to a nighttime fire. Judging by the number of restoration cars, it must have been serious – a dozen cars counted. I have a feeling the library may not even reopen in the summer as the restoration was scheduled for July/September. pic.twitter.com/5C9NqmuADp

Firefighters were pulled into the library on Willingdon Ave. at 4:34 a.m., according to Assistant Fire Chief Darcy Robinson. Called 6100 to report a building fire.

Upon arrival, they found smoke pouring from the south-east corner of the building.

According to Robinson, the contents of a shopping cart parked near a library window were found to have burst into flames.

“The heat from the cart was too much for the glass and the glass shattered,” he said.

The fire didn’t spread to the library, but it did trigger the sprinkler system inside.

Head Librarian Beth Davies said the water rained on the library’s children’s collection, but it could have been worse.

Water also spread to the ground, affecting about half of the first floor, and some smoke rose, according to Davies.

Conservation teams are on site, and the city is working to reopen the library as soon as possible.

Davies said the Metrotown branch will be closed “at least for a couple of days and possibly longer”.

Meanwhile, employees are being deployed to other branches in anticipation that they may become busier due to Metrotown’s closure.