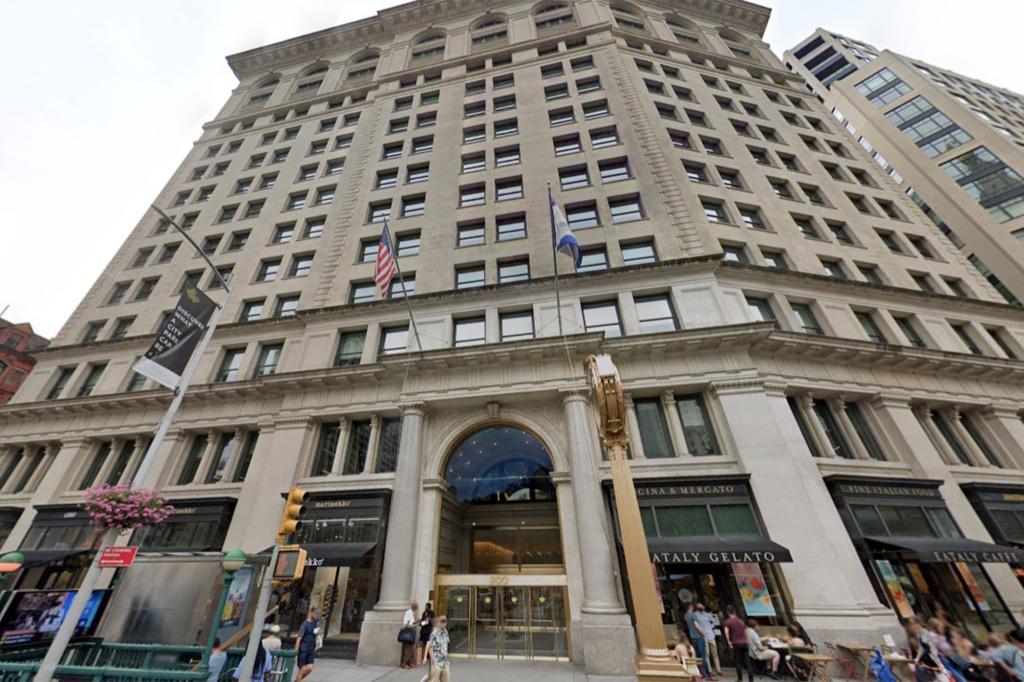 Tiffany & Co. plans to have its global headquarters at 200 Fifth Ave. to keep. Though it trimmed its acreage from just over 400,000 to 287,000 square feet — the kind of pruning many businesses do — the more sensible move was to extend its lease for another 10 years.

The extended engagement, reported here for the first time, reaffirms landlord L&L Holding Co.’s success in navigating the landmark 1909 building, which L&L purchased in near-ruin for $480 million, through a series of challenges . These included the aftermath of the Great Recession, the shocking loss of an equity partner, and the last-minute collapse of a major lease.

Throughout the odyssey, L&L founders David W. Levinson and Robert Lapidus managed to keep the property on track. They brought on Tiffany and Gray Global Group as office tenants and Italian food hall Eataly – then unknown in the US – as a retail anchor. IMG is also a small office tenant.

Tiffany’s extended lease runs through 2036. Terms weren’t available, but a source said they included a three-figure rent and a “nominal” concession package.

Meanwhile, the restoration and expansion of the jeweler’s flagship store at 727 Fifth Ave. to be on the home stretch. A three-story extension above is now clearly visible. There’s no official word yet on when Tiffany will move back in, having sublet the former Niketown next door at Trump-owned 6 E. 57th St. as a temporary home since 2018.

The curtain fell softly on the Pergola des Artistes, one of the theater district’s few surviving bistros, reminiscent of the days when French sailors sauntered in for beef bourguignon and Bourdeaux after disembarking from passenger ships at the West Side piers.

The restaurant has “temporarily” closed during the pandemic but will not reopen. It was owned by the family of Christian Ponsolle, who also owns the four storey building. The pergola surface is now on the market via Louis Puopolo, Matthew Leto and Bradford Siderow of Douglas Elliman Commercial. Puopolo said a new tenant could be announced soon.

The ebb and flow of glamorous indoor malls like the World Trade Center and Deutsche Bank Center draw endless media attention. Meanwhile, some outdoor retail complexes in less-glamorous neighborhoods get little credit, though they thrive in the public eye.

Among them: The shops at Marble Hill in the Bronx, formerly known as River Plaza. The 23,000-square-foot, mid-range shopping mecca at the foot of the West 225th Street high-level station for the #1 train is considered the linchpin of the borough’s Broadway corridor revival.

Remarkably, in a difficult retail environment, the Marble Hill stores are 100% occupied. Nearly 11,000 square feet of new deals were recently signed – for Foot Locker, Sally Beauty and MedRite, and for a relocation of Applebee’s within the complex.

The object has been anchored by Target since 2004. Other tenants include Marshalls, City Jeans, Planet Fitness and T-Mobile. Owned by Kingsbridge Associates, a partnership of Curbcut Realty, Kessler-Sachs Family Partnership, James Levin and Washington Square Partners.

Paul Travis, Washington Square’s managing partner, said the Marble Hill complex is in the top 5% of consumer traffic of all malls in the city.

The asking rent was $95 per square foot.