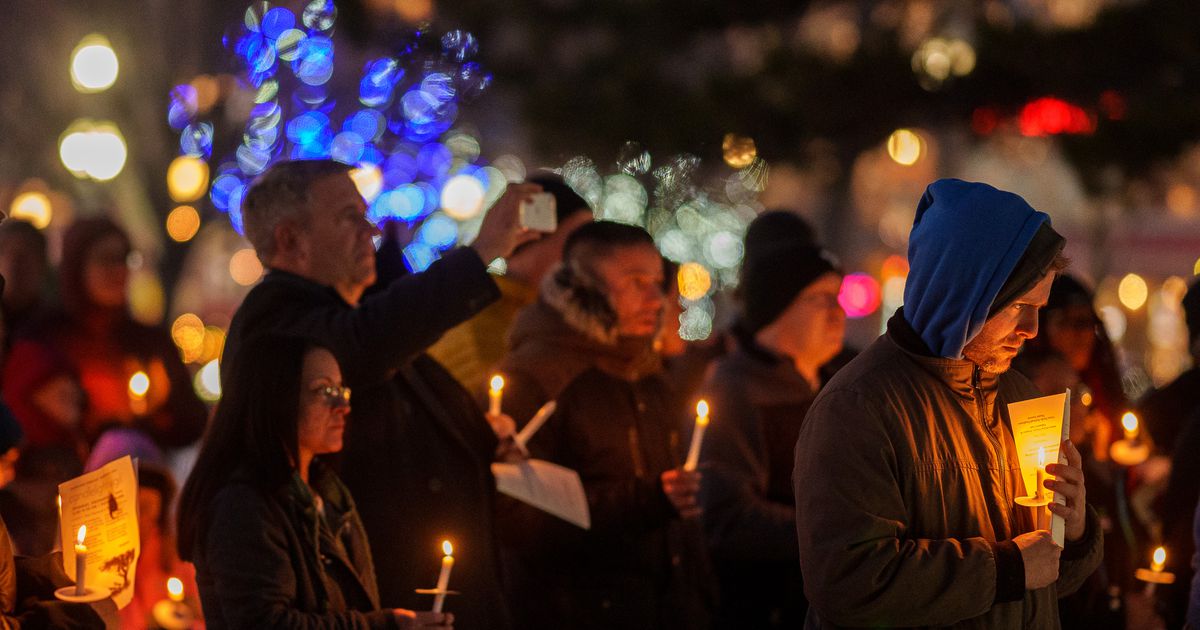 That’s more than double the number reported in 2020.

Wrapped in gloves, hats and scarves, more than 200 people gathered in Pioneer Park on Tuesday to honor the lives of 117 homeless or formerly homeless who died in Utah in 2021.

During a candlelight vigil on the longest night of the year, some bystanders held candles to their fingers for warmth while listening to housing attorneys and service providers read the names of the deceased.

The annual vigil – organized by a number of homeless service providers including the Other Side Academy, Fourth Street Clinic and INN Between – returned to Pioneer Park after being moved to a virtual format in 2020 due to the COVID-19 pandemic would.

(Trent Nelson | The Salt Lake Tribune) A vigil for 117 people who died while homeless in Salt Lake City last year on Tuesday, December 21, 2021.

Atkinson praised the efforts of advocates and government officials to fight homelessness in Utah, including building The Magnolia, a 65-unit housing project for the chronically homeless in downtown Salt Lake City.

Lt. Gov. Deidre Henderson read out a proclamation signed by Governor Spencer Cox mentioning the symbolism of the winter solstice and declaring December 21, 2021 a memorial day for the homeless. “Not only are we trying to help individuals, we’re also building our systems in place to help people while they are in crisis, but also before they reach that crisis point,” she said.

Fred Rivers, a member of the Fourth Street Clinic Consumer Advisory Council, shared stories from when he lived in a broken shopping cart on the street. Rivers moved from the east coast to Utah during the 2002 Winter Olympics, but found himself without money after the Games ended.

Rivers remembered a man who gave him coffee and a breakfast burrito on a cold winter morning after losing it all. “He said, ‘Hey buddy, I’d love to give this to you.’ You don’t know how much that simple act of kindness meant to me, â€Rivers said.

He encouraged the crowd to take care of those around them and reminded participants that “homelessness is not discrimination”.

(Trent Nelson | The Salt Lake Tribune) Fred Rivers is comforted by Tori Dixon at a vigil for 117 people who died of homelessness in Salt Lake City last year, on Tuesday, December 21, 2021.

Participants held a moment of silence and listened to the songs of the Other Side Academy Choir.

The median age of the 117 deceased was 53 years – close to the average US life expectancy of 51 for the homeless, which is well below the median life expectancy of 78 years for the general population. The youngest person to die in Utah was 19 and the oldest was 80 years old. Nine were veterans, according to the Fourth Street Clinic. Thirty were women.

Agencies such as America-Utah Volunteers, The Road Home, Catholic Community Services, the Department of Veterans Affairs, and the Salt Lake County Housing Authority report deaths to the Fourth Street Clinic, which compiles the informal list each year.

About 12% of those who died that year had a place to call home at the time of their death, Atkinson said.

The causes of death for nearly all of the 117 people who died last year were not reported this year, said James Jarrard, a spokesman for the Fourth Street Clinic. Three were hit by cars.

Staff shortages have delayed the opening of winter quarters to keep people away from the cold streets.

IoT news | The pandemic continues to disrupt some IoT markets, but some sectors present opportunities for operators

Smooth retail projects with facial recognition from SenseTime, Popcom, Solmate are ramping up