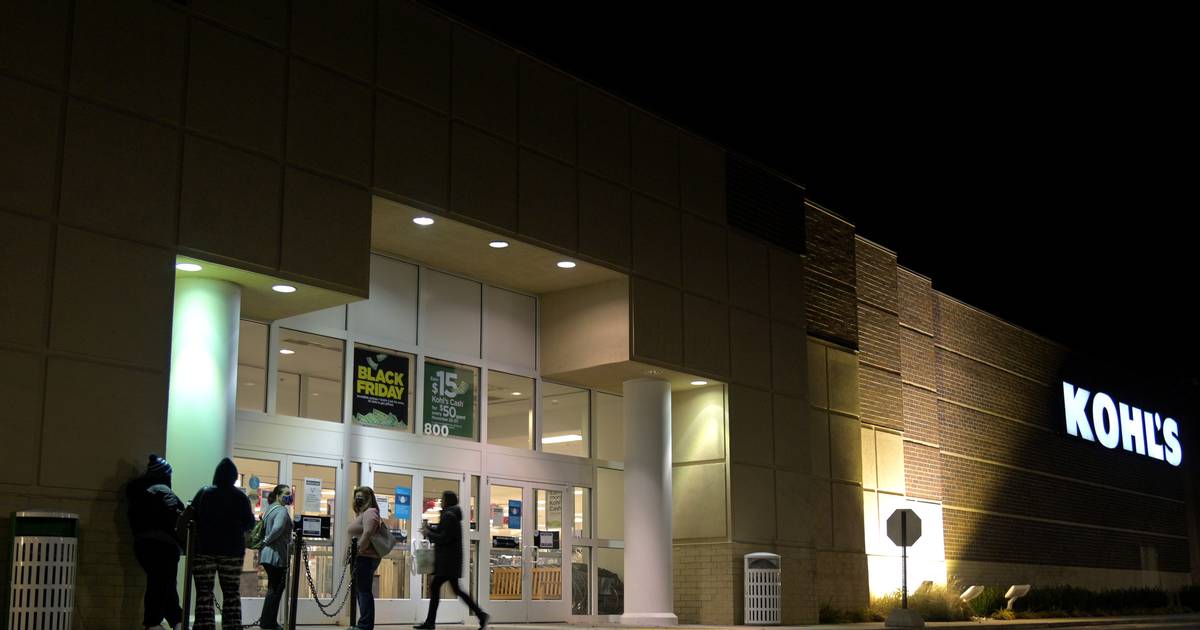 Change is coming to department stores – whether they like it or not.

Even before potential buyers showed up, Kohl’s was already the target of activist investors, Engine Capital and Macellum Advisors, who are pressuring the Wisconsin-based company to sell its real estate and spin off e-commerce operations. The idea is that outsourcing some properties will generate cash flow for the company, and the retailer would then lease its most profitable stores instead. In the digital divide, creating an independent online entity is a tactic to attract new capital.

Kohl’s isn’t the only department store operator facing a sell-out. Retailers in this space have long struggled to increase sales and keep up with new competitors both online and in the mall. That has led some investors to see their true value in the land and buildings they occupy or their brand name rather than their ability to sell clothes, handbags and shoes. These investors have plenty of cash ready to test this theory.

Richard Baker, owner of Saks Fifth Avenue, sold Lord & Taylor for $100 million in 2019 but retained the chain’s real estate assets. A year later, the retailer was sold again in a bankruptcy auction to investor Saadia Group, who continues to operate its website.

Baker is also behind the trend of e-commerce offshoots, which are separating stores from their websites. In a deal announced in March 2021, Saks.com became Saks’ parent company and received a $500 million investment from private equity firm Insight Partners, while Saks’ 40 brick-and-mortar stores operated separately as an entity called “SFA.” will. Since last fall, Saks has been planning an IPO that could value the company’s e-commerce portion at $6 billion. Faced with that impressive valuation, activist investor Jana Partners took a stake in Macy’s in October, urging the chain to follow suit.

Real estate transactions and e-commerce spin-offs can be lucrative for a retailer’s investors. What it means for the fashion industry is less clear. In the months following the spin-off, sales at Saks have surged and Neiman Marcus seems to be finding its feet after several years of boardroom maneuvering, including filing for bankruptcy. But the most prominent example of this type of financial engineering remains Sears, which was acquired by billionaire Eddie Lampert in 2005. As losses mounted, Lampert spun off the company’s real estate into an independent REIT, a move that failed to save Sears from bankruptcy and eventual liquidation.

“Are the abandonments of these deals a short-term gain? Yes,” said Robert Burke, a retail consultant. “But can it also be a long-term game? We do not know that.”

“The department store is dead”

Activist investors and hedge funds are trying to answer the same question as these retailers’ current management: whether America’s department stores can be saved after two decades of declining sales.

According to the US Census Bureau, department store sales peaked at around $20 billion in January 2001, but had fallen to $11 billion in February 2020, just before the pandemic hit the United States. The numbers have climbed higher since lockdowns ended, hitting $12.4 billion in October 2021, but then resumed their historic decline thereafter. Many analysts are predicting that the deterioration will continue, especially if inflation drives consumers to spend less on durable goods such as clothing.

“Retail is in a situation where all players are vulnerable right now,” said Rebecca Duval, analyst at BlueFin Research.

Department stores have tried everything from buying competitors to launching their own clothing and beauty lines to different store formats. Kohl’s most famous innovation was its partnership with Amazon, effectively its biggest competitor, to allow customers to return orders from the online retailer in its stores. The company has recently started opening Sephora shop-in-shops and has been quick to offer its customers hybrid online buy-and-collect options during the pandemic, taking advantage of the convenient location of many of its stores in neighborhood malls than indoor shopping malls.

For its efforts, Kohl’s has seen a less dramatic drop in sales than either Macy’s or JC Penney. But sales haven’t grown either. Revenue in 2019 was $18.8 billion, down just short of $19 billion in 2013.

Starboard’s offering represents a premium of 37 percent over prior trading of Kohl’s shares. This represents the potential value to be realized from its $6.7 billion in fixed assets in early 2021, as well as from its e-commerce business For the months ended October 31 last year, Kohl’s generated net sales of $12.3 billion.

But unless Starboard or Sycamore actually change the way Kohl’s operates and seriously invest in its future, its post-sale trajectory would look very much like it does now: stagnant sales and a constant struggle to stay relevant. The same goes for other retailers who are rumored to be in the auction block.

“There are 100 retailers in the same boat who thought Amazon returns or a coffee shop would solve their problems,” said Lee Peterson, executive vice president at retail consultancy WD Partners. “But the writing is on the wall. The department store model is dead.”